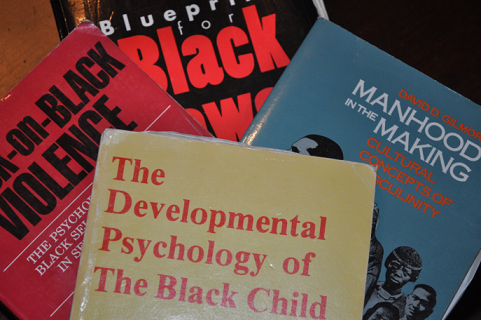 MALCOLM X & THE 4 PHASES: A GUIDELINE FOR YOUTH

Malcolm X (1925-1965) is an important U.S. political figure in the mid-20th century, as his life and legacy have received significant international attention. Malcolm X’s political work in the 1950s-1960s has been discussed in countless forums, enacted in plays, written about in numerous essays and books, and shown in a number of movies and documentaries. There have also been many buildings, streets, libraries, community centers, colleges, and even children named after Malcolm. His Autobiography is required reading in a number of high school and college classes in North America and Britain. Although, there has been extraordinary attention on Malcolm X’s political ideas and philosophy, yet the question of how does his life and legacy specifically relate to the development of Black youth has not been effectively addressed. Many Black youth are exposed to crime and drugs, and a large number of them end up as statistics in the juvenile and adult prison system.

An important question is how the example of Malcolm’s life provides guidance for youth and instructions of what not to do and how to avoid traps. If viewed from this perspective -- of how to avoid social and legal traps – then Malcolm’s life is more real and relevant to the daily challenges faced by Black youth. According to the San Francisco-based Center on Juvenile & Criminal Justice (www.cjcj.org), throughout the U.S. African American youth represent 15% of the population, 26% of juvenile arrests, 44% of youth who are detained, 46% of the youth who are judicially sent to adult criminal court, and 58% of the youth admitted to state prisons. Incarceration rates of African Americans and other non-whites are so high that criminal justice has become the civil rights movement of this generation.

These arrest and incarceration statistics clearly show that African American youth have not received enough guidance to avoid the juvenile and adult prison system. Malcolm X’s political ideas are important but what is perhaps more important is for youth to understanding the main four phases of Malcolm’s life and how to avoid the same traps.

Malcolm embarked on a life of crime in the streets of Boston and New York from age 16 and eventually got caught and served 78 months in prison, from the ages of 20-27 years. After serving his time, Malcolm emerged as one of the great leaders of the 20th century, but what if he had not lost valuable years of his development from ages 16-27? The question is, what can we take from Malcolm’s life to help prevent so many youth from either losing direction or even losing their lives?

There are four key phases in Malcolm X’s life that could be used as guide posts for Black people guiding and directing their youth in the U.S., Canada, and Britain. To view Malcolm’s life and legacy from this perspective and establish relevant prevention programs, could help reduce the reckless abandon of many Black youth.

Malcolm was born as “Malcolm Little” on May 19, 1925 in Omaha, Nebraska to the parents of Earl and Louise Little. Malcolm was the seventh of eight children. His family had moved to Michigan to avoid racist threats because of Earl Little’s preaching of Marcus Garveyite philosophy. When Malcolm was only 6 years old his father was murdered by white supremacists. Mrs. Little struggled but was able to keep her family together and support her 8 children with some government assistance until Malcolm was about 11 years. However in 1937, when Malcolm was 12, the eight children of the Little family, were split up by the Michigan State Welfare System into different homes to be supported by other families. Malcolm’s mother, Louise Little, was considered incapable of supporting the children and was eventually sent to a mental institution.

Until this time, although Malcolm had problems after losing his father and his mother being less and less able to support her 8 children, Malcolm remained an exceptional student at Mason Junior High School. He was elected class president in the 7th grade and remained one of the top three students in the 8th grade. However, after being discouraged about becoming a lawyer by his white English teacher Mr. Ostrowski, who saw Malcolm as just another “nigger,” Malcolm lost interest in school.

After completing the 8th grade in 1941, Malcolm moved from rural Michigan to the big city of Boston, Massachusetts to live with his older sister Ella. Being exposed to Boston city life with its fast money and crime would dramatically alter Malcolm’s life and end his innocent childhood phase.

After moving to Boston, despite Ella’s positive guidance, Malcolm was involved in the street life and crime in Boston and Harlem. He eventually got caught for burglary and spent 6½ years in state prison from February 1946 - August 1952 (20-27 years old). While in prison, Malcolm was assisted by a jailhouse philosopher named Bimbi and members of his family (Wilfred, Philbert, Ella, and Reginald) to help turn his life around. Bimbi taught him the value of study and learning, and his siblings introduced Malcolm to the Nation of Islam organization and the Black Nationalist teachings of Elijah Muhammad.

In August 1952 at age 27, Malcolm was released from prison and went to Detroit to start a new phase in his life. He became Minister Malcolm X and the National Spokesperson for Elijah Muhammad and the Nation of Islam. At age 33, Malcolm married Betty Shabazz in 1958 and they had 6 daughters together. Malcolm and his family moved from Detroit to Harlem, NY. In the New York spotlight, Malcolm soon became a national figure and one of the most successful and respected black leaders in the African American liberation movement of the 1960s.

In March 1964, Malcolm X left the Nation of Islam and traveled to various countries and became recognized as an international leader. After he returned from Mecca, Saudi Arabia, Malcolm began to occasionally use the name “El Hajj Malik el Shabazz.” When Malcolm X returned to the U.S., he started his own organization called the Organization of Afro-American Unity. In February 1965, Malcolm X was assassinated in the Audubon Ballroom in Harlem by several black Muslims who were loyal to the Nation of Islam.

If we analyze the four phases of Malcolm X’s life, it is the 1st and 3rd phases that are critically important to guiding and developing Black youth. The task is to develop “Malcolm Littles” and guide them to the 3rd phase of “Malcolm X,” without them getting trapped in the “Detroit Red” or the thug phase.

Thus, one of the most significant reasons to review Malcolm X’s life is to understand the four phases of his life and how to help Black youth avoid the problems and pitfalls that Malcolm endured from 16-27 years of age (Phase two: “Detroit Red”). The task is to set up the programs and processes to assist youth who grow up without both of their parents and who are essentially “raised” by the gangs or the streets. During the 1st Phase of Malcolm’s life he had the strong support of his family and was a top student, and in 3rd phase he was a national leader who worked diligently to build and develop the Black community. Thus, the focus on Malcolm’s life should be to figure out how to establish a permanent bridge from the “Malcolm Little” to the “Malcolm X” phase.